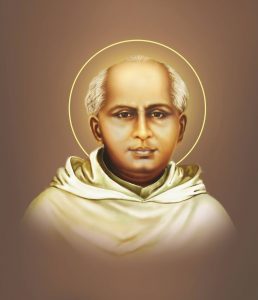 A chair in the name of St. Chavara is a tribute to the great man, who with limited opportunities had mastered six languages, in provised a press for printing and publishing and the first Malayalam daily, Deepika and books in 1846, promoted education.