The Erudite is one of the innovative concepts undertaken by the State Government of Kerala to rejuvenate the field of higher education in the state and to strengthen research activities of various Universities of Kerala. Eminent academics from India and abroad are invited to the State Universities under this programme. The Scholars spend few weeks in the campus giving lectures, interacting closely with faculty and students, exploring future collaborations etc. Another major initiative in this direction is the Nobel Laureate Visiting Programme under which Nobel Laureates are invited to spend a few days in the campus. They will closely interact with students, teachers and researchers in the campus. In collaboration with the State Higher Education Council, Mahatma Gandhi University has invited several scholars to its campus under this programme. They have given lectures and conducted interactive sessions with students and teachers of the university and of affiliated colleges. 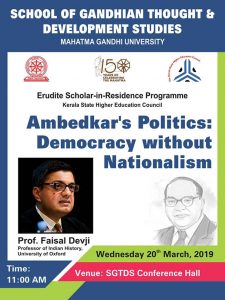 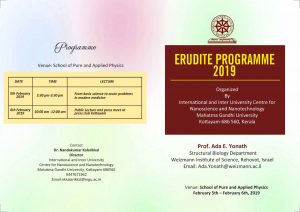 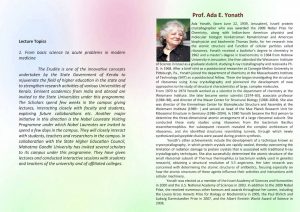 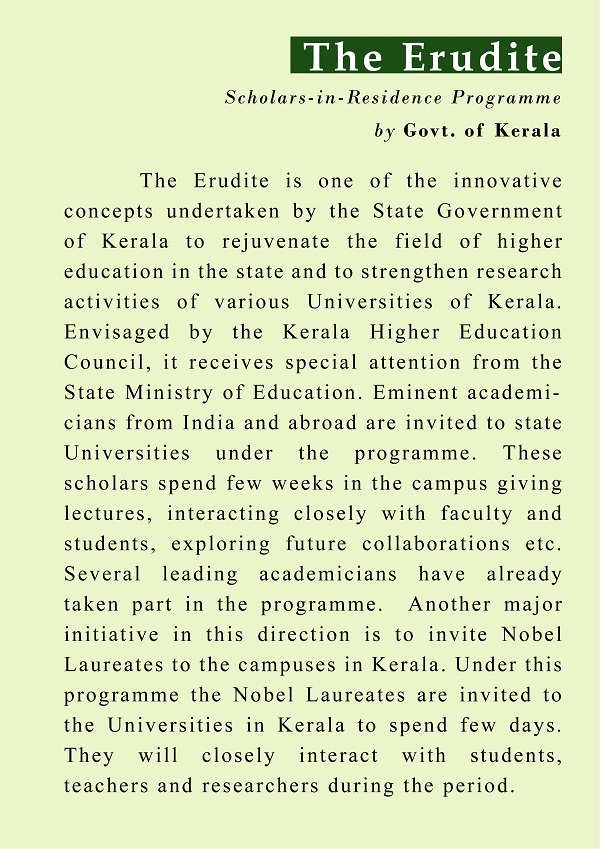 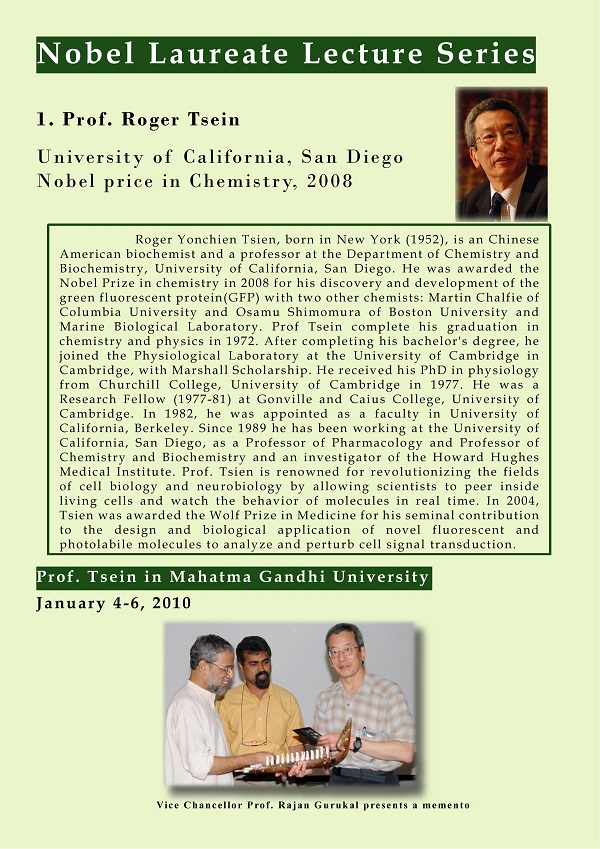 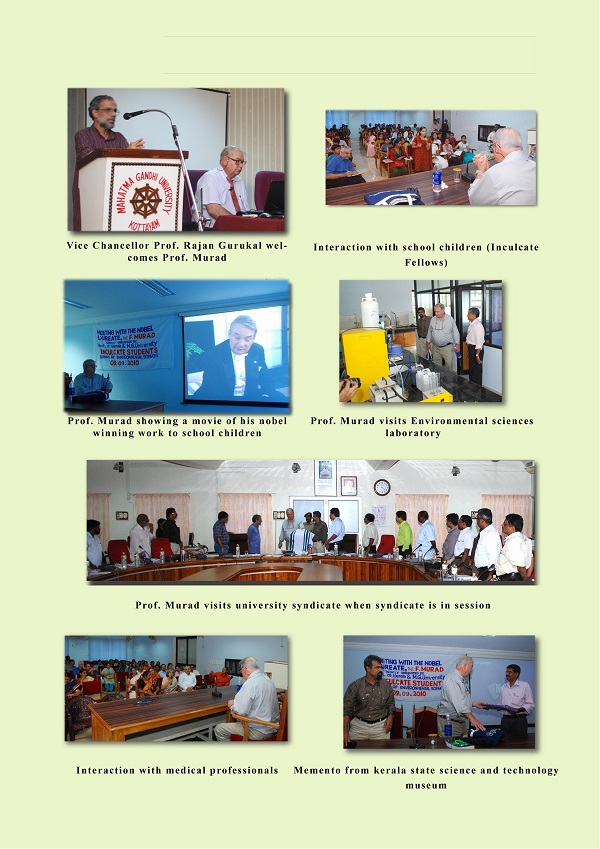 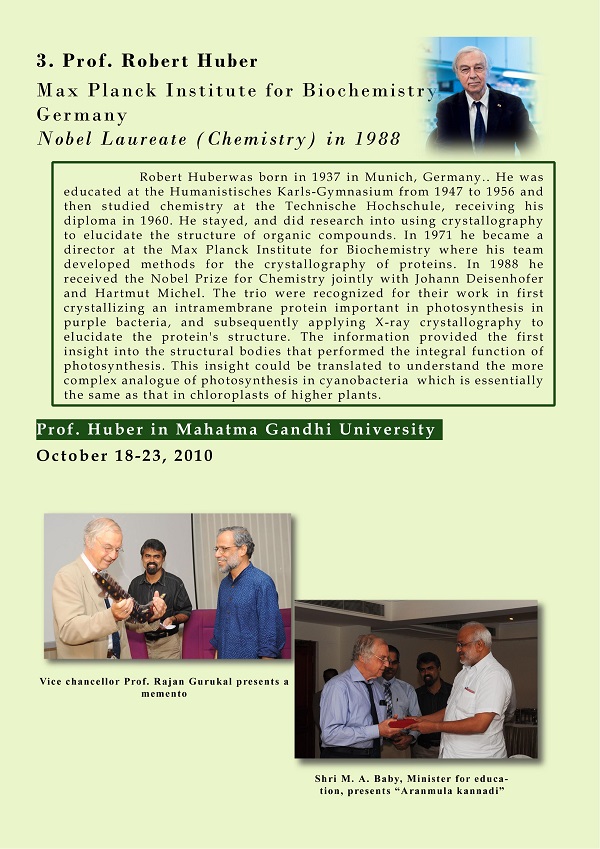 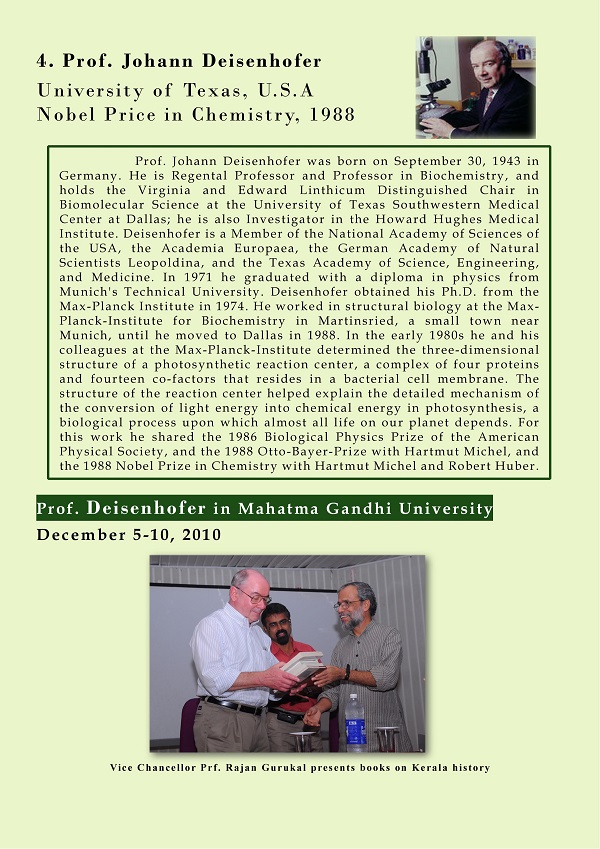 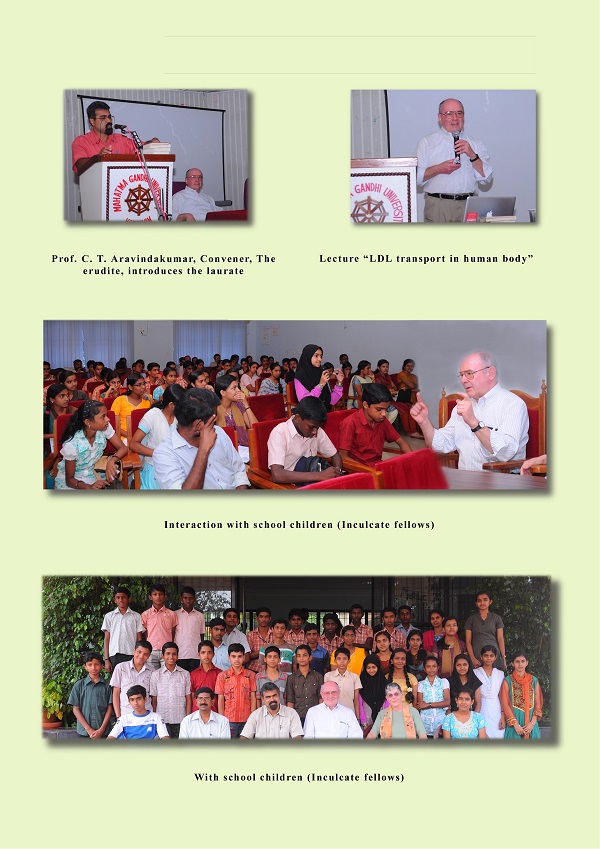 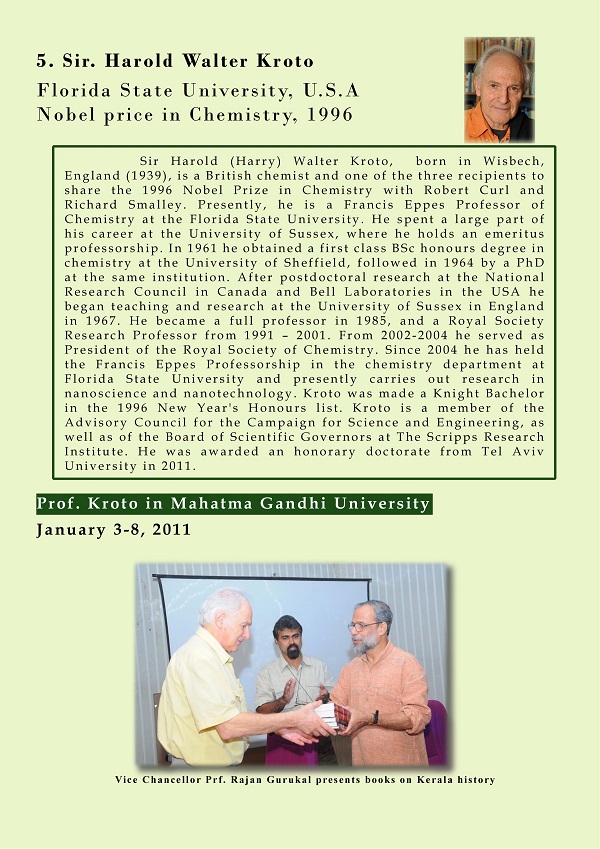 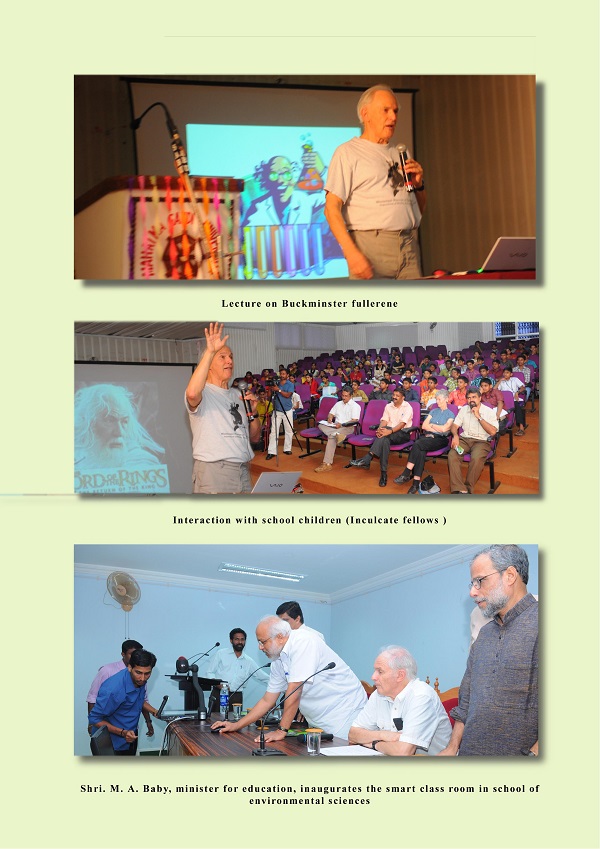 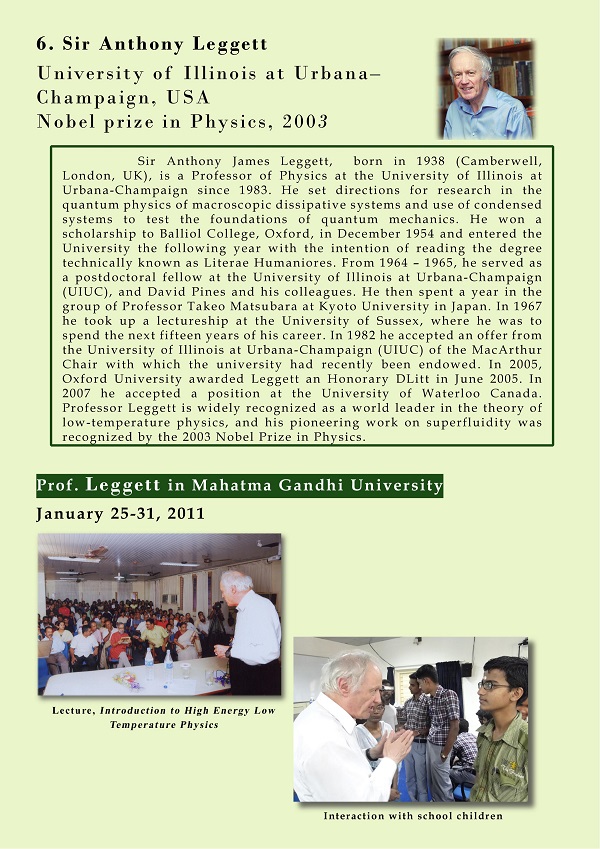